Beyond fabulous, this ziggedy-zaggedy house in the Catskills… 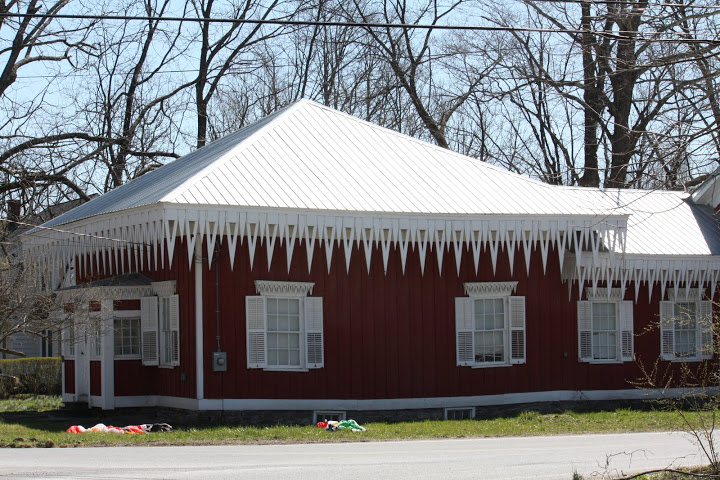 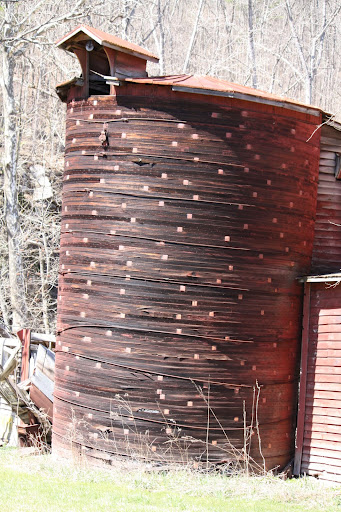 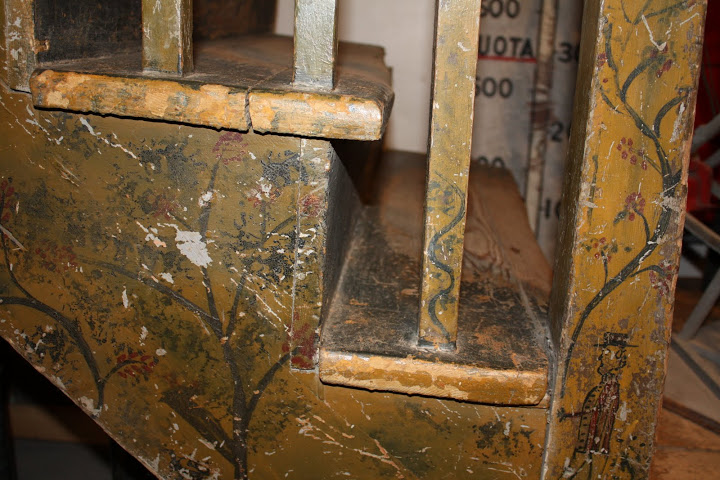 An iron step, declaring that a good time should be had by all who climb… 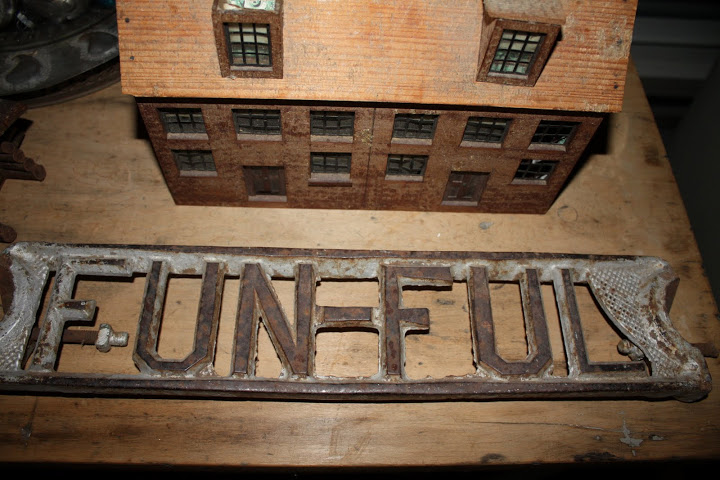 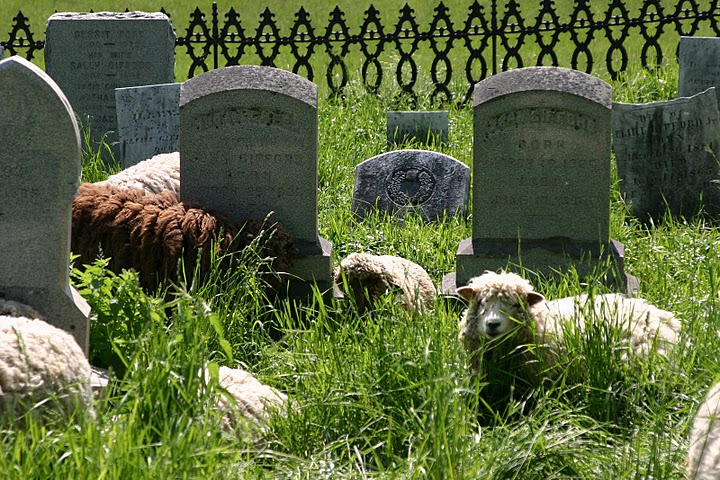 And, one more, snoozing in front of a nicely-carved gravestone… 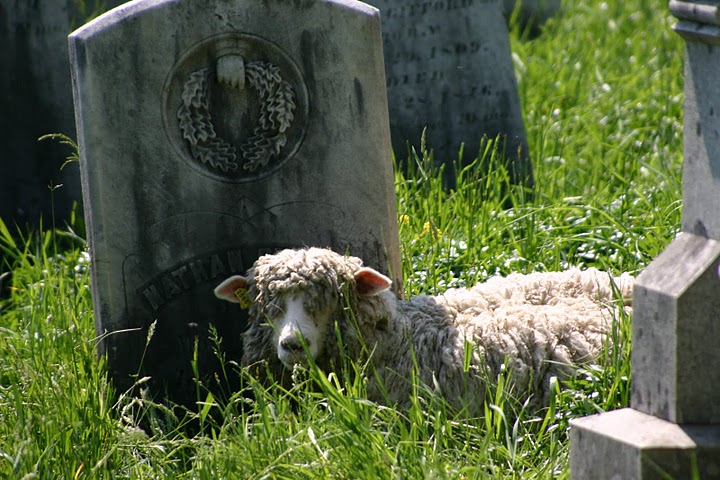 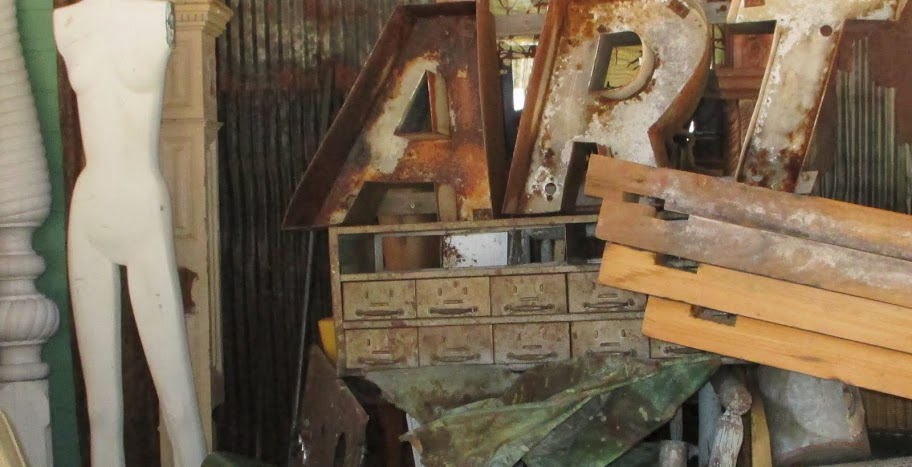 A collection of re-purposed industrial washtubs-turned benches, dressed in grain sacks and down, waiting to go to 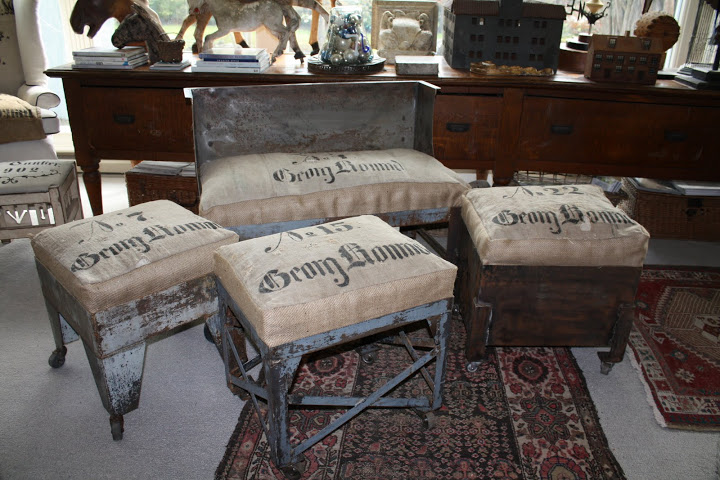 A pile of cool stuff from a picker’s yard… 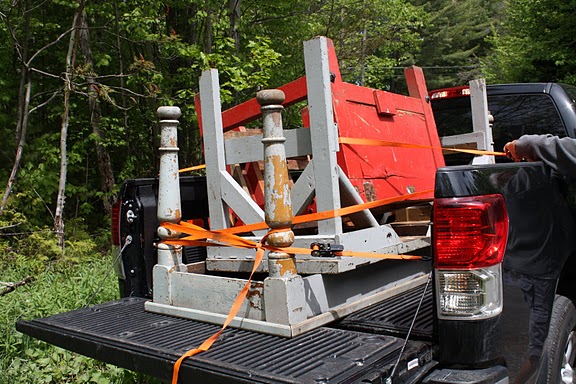 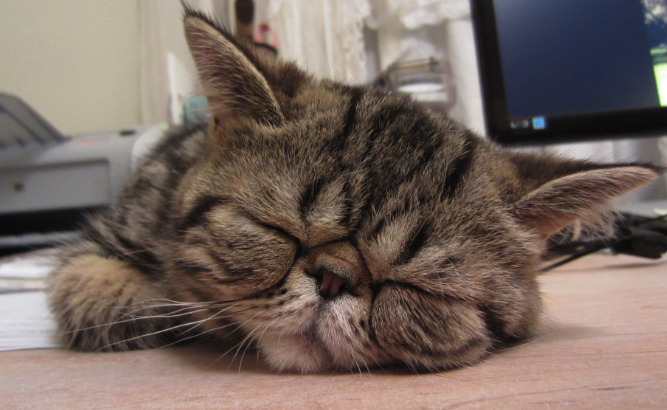 The world is just chock full of wonderful things.  Sometimes they are disguised, mixed among the ridiculous

and weird.  Sometimes they actually ARE the ridiculous and weird. It is just a matter of perspective and

expectation and the willingness to see.

For months I’ve been under the impression that, because of some changes in Picasa,
I could not post pictures in my blog.  I’ve missed it so much and have even stopped
taking photos except for those that I need for business.  Tonight I sat down to try
one last time and, somehow…magically,  it all fell into place.

Writing the blog has always been something I have done just to please myself,  kind
of  like keeping a journal.  I never really know if anyone sees me here and that is just
fine.  But, with no recent written record,  I wonder what exactly I have been
doing since the last time I posted.

Does it look like Ken does all the really hard work?

It’s true.  It’s a well known fact that all I do is point.

And, he’s not just a pair of strong arms either.  His re-purposing skills are  legendary.
The lockers (above) are a case in point. (This, and many other items in this post,
are on offer at the Hudson Supermarket).

The industrial cart (above) will probably become a small sofa.

The factory table (above) is my most favorite Brimfield purchase. We will
let it sit outside so most of the grease can bake off.  The sun, a
bottle of purple stuff and some sand paper will turn this into a fabulous
honey color.

Another Brimfield favorite, an International tractor grill… soon to be
a piece of sculpture, with the addition of a wooden stand.

Oh, and more prizes!  The zinc tub,  sporting  just the right amount
of old white paint.  The two tall spool boxes leaning on the wall are
from the Scalamandre workshop.  The iron sign, “On the Avenue,”  is
made of pipe and full of holes.  It was originally attached to a gas line
and stood  in front of a Manhattan restaurant back in the days when
there were no rules prohibiting flaming signs on public streets.

Another of Ken’s beautiful pieces (above).

One time, a friend said “oh Stephanie, EVERYTHING is your favorite!”
I cannot disagree as I look at this huge ball of string, big enough to
fill a chair, and think “it’s my favorite!”

And, just one last favorite…a grain-sack-covered friend, warming up in the best way
possible on a chilly Brimfield morning.
Looking back at what I’ve been doing for the last few months,  I have to think
it has been time well spent.

Thursday is always a good day, not just because we bring new stuff to our space in

the Hudson Supermarket, but because we eat!  There is a cafe right in the back of

the store and Chris, the chef, is incredible.

This time, blue and silver run throughout our space.

And, as always, grain sacks.

cars) has perfect proportions and patina.

Blue is popular right now.  Nice for me, since it has always been my favorite

More perfection, at least to my eye, in the finish on this Philadelphia workbench.

Sometimes, a table in natural wood is ok, especially if the legs are so beautiful !

This is the third blue cupboard with glass doors I have had here this month.

and the blues. I can’t think of anything better…

(Hungry? Check it out at Hudson Supermarket or www.hudsonsupermarket.com).

A customer came here the other day, a set decorator I’ll call D, who I really like

a lot. She was looking for mostly workbenches and industrial pieces for an up-

coming movie she is designing.  She brought her friend along, another set designer

from California, who I will call S.  After my house, they were continuing on to the

Finger Lakes where they both have family.

As we wandered through the house, on the off-chance that something for the movie

was lurking around inside, S asked “what are all those things you have everywhere?

They were, of course, grain sacks.

But why had she never seen grain sacks before?  A set designer! From California!

Well, she just hadn’t!  But, now that she had made this miraculous discovery, she

wanted two for some chairs.  So, while D and Ken went out to the barns to check

out the big stuff, S and I went to work picking out the two very best sacks in the

This was no easy task given the hundreds of choices and, at some point, S said  “I

wish you only had two!”   We started with the new-old stock (like the ones above),

which most people who are new to grain sacks prefer for its less well-worn presence.

And, graduated quickly to the old-old sacks.  S is a set decorator, from California,

after all, and was thrilled with the old hand-worked repairs, the darnings and

patches that I love.

We tried different ones on the back a chair,  made piles on the floor and, in what

felt like no time ’cause I was having such fun,  found the perfect two.

decline.  There’s nothing more relaxing than being alone with my grain sacks, folding,

stacking on the correct shelves : wreathes with wreathes, plows with plows. A bonus

that day was finding Mitten, sound asleep and not even pretending to help. I guess I’m

not the only one who relaxes around grain sacks.

Just can’t get enough of those grain sacks !

A few weeks ago, a friend, one who started out as a customer, came to my

house to get some grain sacks. She drove a distance, at least 8 hours one

way, to get here. Before she came, she emailed that she was so excited about

seeing me. My exact feelings went right back to her. I like her so much and,

when we finally saw each other, we smiled and hugged, talked, laughed and

went crazy looking at grain sacks. It was a perfect few hours before she had

to be on her way, each of us making promises to see each other again soon,

expressing wishes that we lived closer to each other.

The really unusual thing, for me, is that we had never met in person till that

day! Our entire  relationship was made of air…. words in the air via the

computer and boxes of grain sacks sent through the air from me to her.

Without computers, the internet and google we probably would never have

met. And what a loss that would have been.

Some of my favorite grain sacks state “God Bless Our Crops and Animals”….

A few ask for the  blessing of the owner’s handiwork….

I hope that someday, among the piles of my treasured textiles, I will be able to

say that I have a grain sack that expresses my wish :  “God Bless My Friends”

I always think of myself as a seller of industrial furnishings, with a little bit of

to keep it interesting.

And, while I’ve been buying and selling grain sacks for 13 years,  in the last year it

seems like they have really taken over.  They’re everywhere!

They are certainly all over my house.  And, I  have a large grain sack room where I store

the hundreds of sacks in my stock.

Of course,  my spaces in Bournebrook and Hudson Supermarket are brimming with

Germany comes in and spots the sacks.  They are always so pleased to see these items

from home and to think of the names of German towns on furnishings across America.

I fell in love the day I saw my first German grain sacks in a pile of junk  in a  guy’s attic. I

knew that something good had happened, in fact  I felt like I had hit the jackpot!  But,

even then, I had no idea that  they would fill my space and life in this way.

It started with my friend, Jennifer (www.jenniferlanne.com), procurer of much that

is good.  She  purchased a  banner that practically shouted, because of its 15′ length,

“Elm Tree Farm”.  She had the “Farm” part made into a huge pillow for herself and gave

me, pal that she is, the rest of the banner.  I picked up her finished pillow from our mutual

friend, Jerry, the upholsterer since I would be seeing her before he would.

While I still had it,  Diane, a friend and customer of both Jennifer’s and mine,

from Washington DC, was at my house and took a photo of a bunch of us holding Jennifer’s

pillow. A few days later,  Diane  showed the photo to yet another friend, a picker (also

and I buy.  Diane #2  was, with good reason, crazy about the pillow and called me right

away. To make an already-too-confusing story short, I had Jerry make “Tree” into a pillow

for Diane #2 using a plain grain sack for the back.  Above is what it looked like on my sofa.

–Lucky me :  I have “Elm” tucked away, so there might still be a pillow in my future.

clothing store in Hudson. We each came out with a pretty pricey bag,

hers concealing a skirt, mine a jacket…because we so richly deserved

lunch with friends.  That night I had a dream. In it, I asked Jennifer

to get me a grain sack down vest. I did not expect her to bring me this :

the top half of a grain sack wing chair with straps to hold it on. Picture

just the top of this chair…..

It was so heavy and I looked ridiculous in it. (Do ya think?) The next

morning, the first thing I did was to write Jennifer an email removing her

from all duties as my stylist! It was just a dream. But, somehow I think

there is an idea here. Maybe if there were armholes in the wings?

Industrial wash tubs, cut down, cleaned and with the edges ground smooth.